You are here: Home / Growing personal potential / How to Feel Connected When We’re Cut in Two 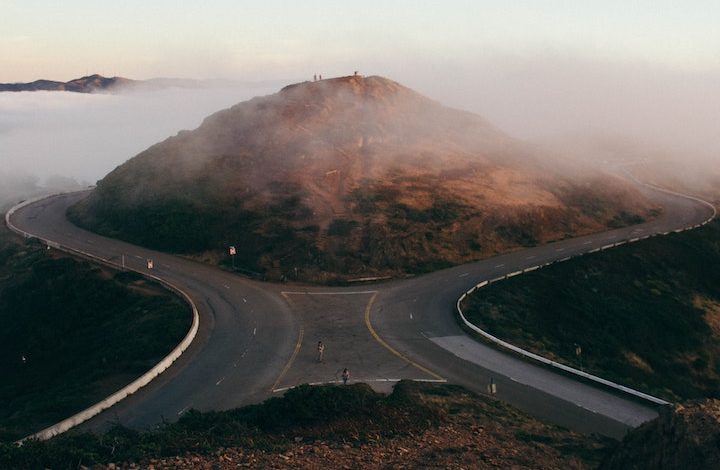 It’s November 2, 2020–the day before the biggest U.S. election of a lifetime. And I have a new strategy: connection.

Of course, like you, connecting is already part of my life. We connect with others to exchange services, innovate solutions, and acquire goods. From our connections, we gain advantageous information, strategic contacts, and expanded capabilities.

And then there’s the deeper type of connection–the emotional ties that we seek and develop through relationships with people and groups. If you’ve paid attention to this presidential election, you most likely feel connected to one candidate’s supporters and disconnected from the other’s. And that deep and dark divide between two sides is where I’ve been looking for some light.

The need to belong

We are hardwired for the type of connection that comes from meaningful relationships. On Maslow’s hierarchy of psychological needs, this type of connection is called love and belonging; once our physiological and safety needs have been met, it’s our most pressing need.

I’ve been contemplating the idea of connection and belonging a lot lately. Having just launched a pilot version of an online membership community, it’s been my job to create a space where members feel they belong.  At first, that was easy. I’m generally good at hosting others, and imagining the women I expected to join made it easy to plan an experience that would feel as if it were designed just for them. (Because it was.)

But, at some point, too much effort toward including some ends up excluding others.

What about the people who don’t belong?

Do you remember being somewhere and feeling out of place? Or seeing someone else in that situation? At best, it’s uncomfortable. And while discomfort can serve a useful purpose, not belonging can have the most disastrous consequences.

In establishing a community (which will be launched publicly soon), my vision was one of inclusion and acceptance. I sought to make people feel welcome, supported, and safe. Intentionally launching the pilot before the election, I knew some members would want to connect with others this week–either in joyful celebration or painful disappointment. And I wanted to provide the space to do that.

That’s to say, I wanted to address the feelings and needs of one particular group  (the ones who would vote like me). Which, of course is the opposite of being inclusive and accepting.

When it’s hard to connect

It’s easy to connect to people with whom we agree or share interests. The hard work comes when we try to bridge divides.

For me, abandoning judgement of opposing voters has been supremely challenging. So much so that if I weren’t trying to publicly model inclusivity, I’m not sure I would even try.

Meditation coach and teacher  Sebene Selassie (because clearly I needed to lean on someone else’s enlightenment) asserts that “separation begets domination”. This belief is rooted in the Buddhist philosophy that when we are connected as one, we are equal; when we are separated, we create a hierarchy in which one party is superior. First, yes! And second, this seems like the quintessential message we need to hear as we enter and emerge from November’s election.

As human beings we are all driven by the same needs. The ways those manifest are different–sometimes almost inconceivably so–but the underlying motivations are the same: stay alive; feel safe, connected, and valued; and experience our own potential. Focusing on this profound similarity invites us to think of each other as part of the same group, rather than opposing factions. It allows us to manifest connection.

To be clear: connection does not mean agreement. It doesn’t mean compromising our beliefs, acquiescing to different views, or stifling our passion. It doesn’t mean becoming friends or becoming complicit in actions we reject. Connection means summoning respect, wishing well, and focusing on our shared experience.

With the ongoing impacts of COVID, years of political vitriol, and important events in your own life, investing effort to connect with people whose views seem so different than yours may feel like the very last thing you want to spend any energy on. I get that.

Know this: my encouragement to think differently about those holding contrasting views is intended for your benefit. I’m sharing this before we know the election outcome, in hopes that it provides an opportunity to shift anxiety and animosity into a more empowering thought process. For me, this shift was recent and is still tenuous. Writing this post has helped.

I’ll go to bed tonight (and any subsequent nights until enough votes are counted) comforted by the awareness that acts of protest or violence or gloating stem from desperation, fear, suffering, or some other motivating force of being human.

If the outcome is not what I so deeply want and believe needs to happen, I will remind myself of the words above. If needed, I will consider Nelson Mandela’s quote about resentment, that it “is like drinking poison and then hoping it will kill your enemies.” And I will hug some of the people I love, and savor that feeling of being together, connected and belonging. 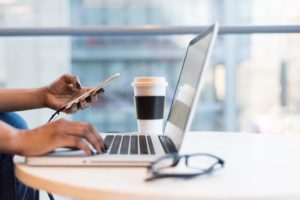 FOR A DISCOVERY CALL
Not creating the impact you want? Maybe we can help. Share your challenges with an objective resource. Imagine success, identify opportunities, and enlist support for moving forward. It's confidential and complimentary.


FOR A COACHING SESSION
Ready for your next coaching conversation? Grab a spot on our calendar.

After four days of 2021, most of us Monday-through-Friday folks headed back to work this week. Some schools have resumed, holiday hours have expired, and normal(ish) life has returned–almost as if it were not a new year at all. In the past I’ve discouraged New Year’s resolutions. They work for some, but often end Read more 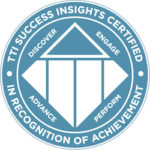 "The capacity for caring relationships and positive social interactions figures prominently in scientific conceptions of well-being and is an important determinant of physical health." -Proceedings of the Nat'l Acad. of Sciences @PNASNews PNAS

Cultivating awareness, connection, insight, and purpose contributes to wellbeing and success, according to PNAS

The potential of #womensupportingwomen is unlimited. In the first month of our online #community (Thea by Thrive℠) we've seen resource sharing, collaboration, emotional support, and leadership development. We're just getting started!
http://ow.ly/iYpP50CVxwR